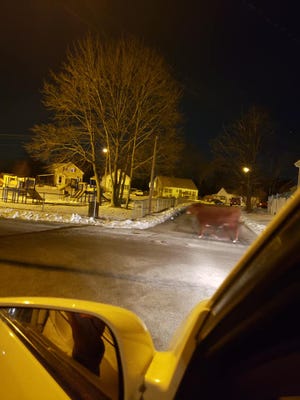 JOHNSTON, RI – An online petition has been launched requesting that an ox that escaped Thursday be sent to a sanctuary instead of a slaughterhouse if found.

The ox, which weighs approximately 1,500 pounds, has been at large since at least Thursday when it escaped a farmer who took the animal to a meat processing facility in Johnston, Rhode Island. said Police Chief Joseph Razza.

Victoria Ferruccio-Flores, who started the petition, said: “He has earned the right to spend the rest of his days in peace in a sanctuary.”

“This guy wants to live so badly,” she said. “Anyone who tries as hard as he does deserves to enjoy the good life in a sanctuary!”

By 2 p.m. on Saturday, the petition had gathered around 2,500 signatures on Change.org.

But Razza said Friday night that the animal, which he said had been “neutered”, could pose a public safety risk.

Razza urged the public not to approach the wheel. Authorities, including the Johnston Police Department, Providence Police Department and the Rhode Island Department of Environment, are coordinating to capture the animal, he said.

Razza was not aware of any sightings late Friday afternoon.

“Again, this is a 1,500 pound wild animal and the public should not go to the appropriate jurisdiction if this is observed,” said Razza, aware that some in the community consider the situation humorous.

“I just don’t want anyone to get hurt,” he said. “People have to respect nature.”