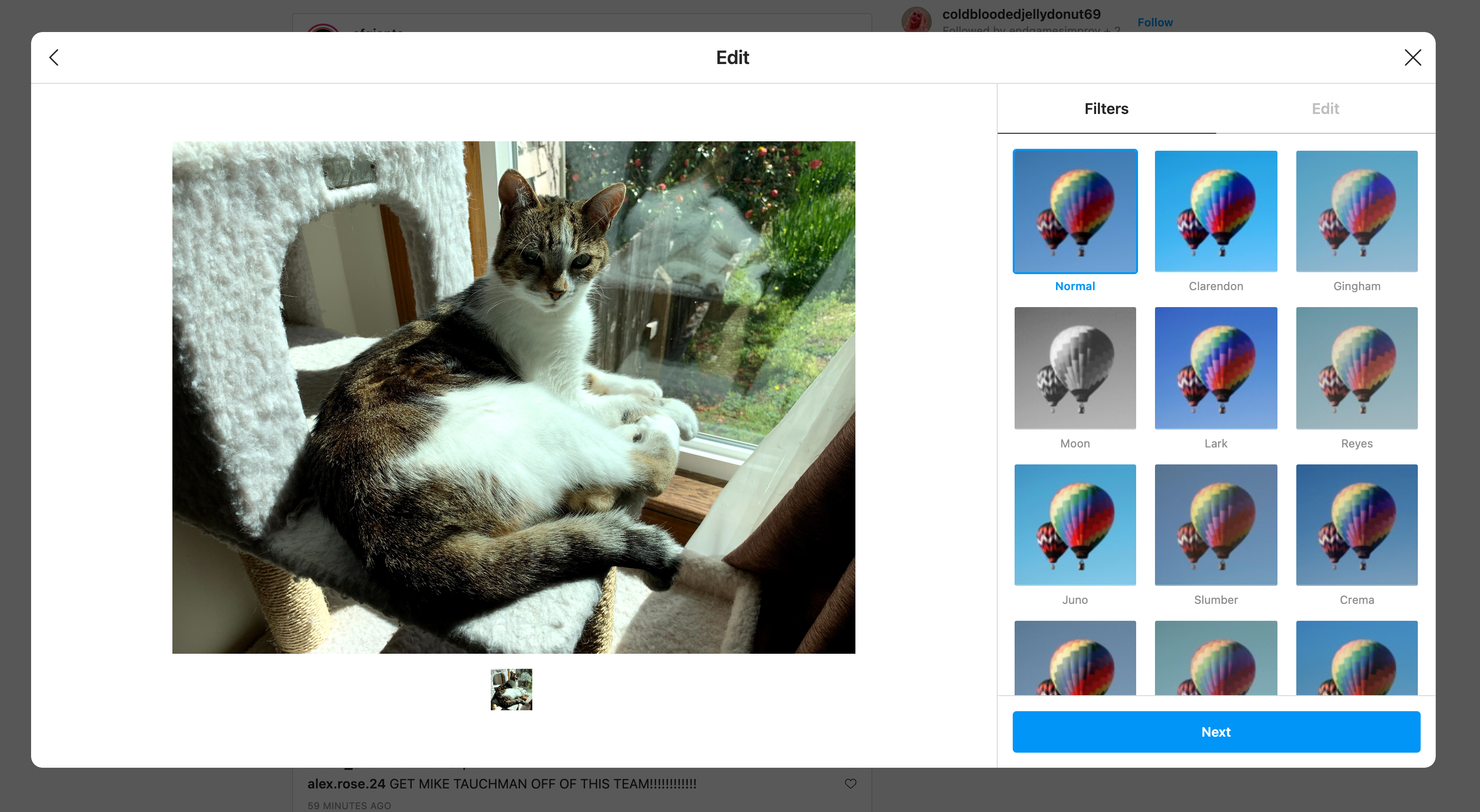 Instagram is testing that users have the ability to post to their feeds from their desktop browser. This is the first time the photo sharing app has allowed posting from outside of its app.

The company confirmed the test to Engadget. “We know that a lot of people access Instagram from their computer,” said a spokesman. “To improve this experience, we’re now testing the ability to create a feed post on Instagram using your desktop browser.”

Desktop posting was previously discovered by Alessandro Paluzzi, who is reverse engineering popular apps. But at the time, Paluzzi realized that it appeared to be just an internal test. That is changing now as several users see the new feature enabled in their browsers.

There doesn’t seem to be a significant difference between posts coming outside of the app. Engadget confirmed that it is still possible to upload multiple photos, edit them, and apply filters to images posted from desktop browsers. So far, users trying to post from their computers have found workarounds like changing their user agent settings or accessing external apps.