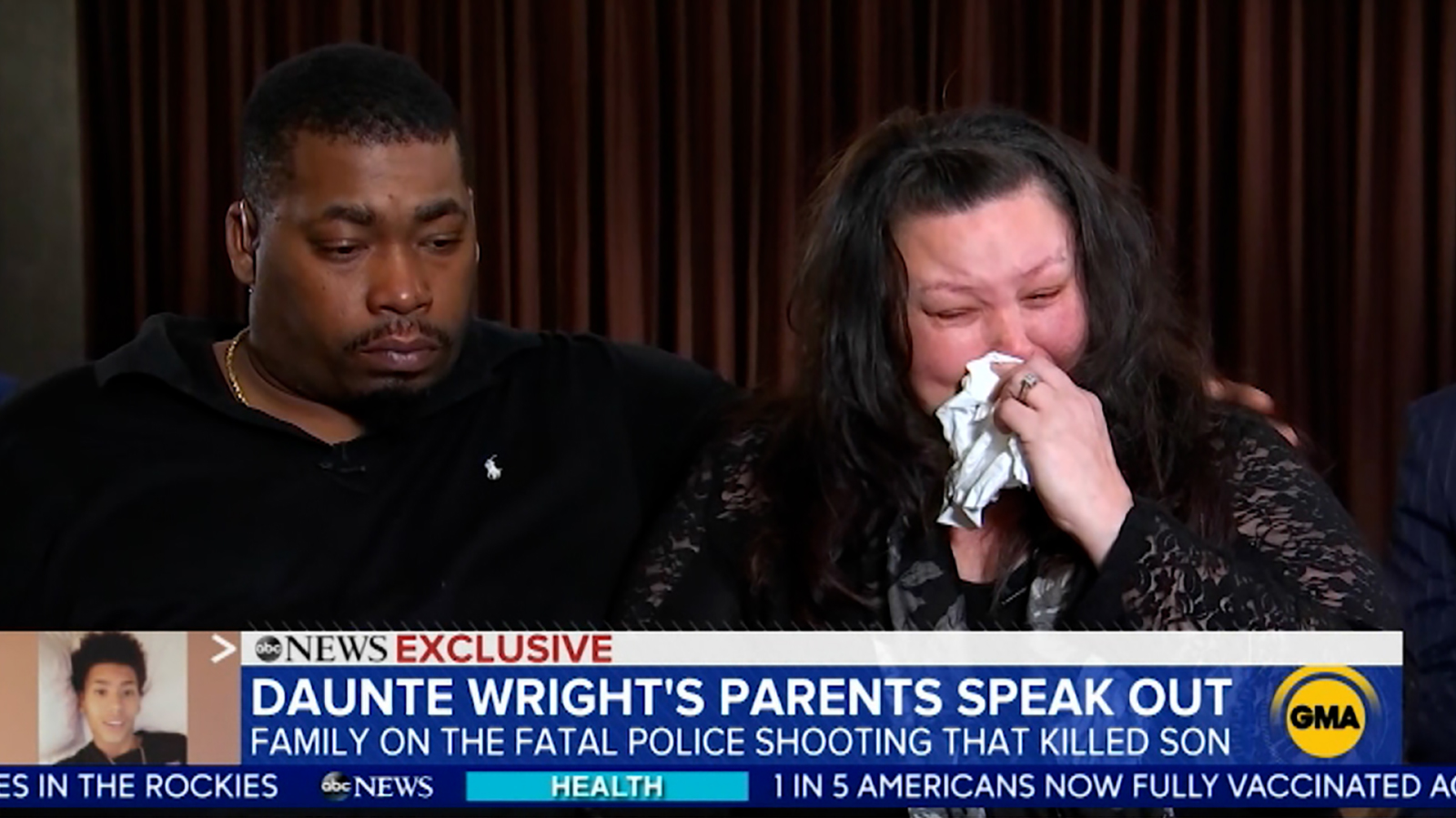 Daunte Wright’s parents spoke to Good Morning America about their son’s murder and said the police didn’t give them much information at all.

Katie Wright said her son was afraid of the police and that she could hear the fear in his voice the last time she spoke to him.

The situation “should never have escalated like this,” said Katie Wright.

Aubrey Wright said he did not accept the police chief’s statement that his son’s murder was an accidental shooting.

Katie Wright said she wanted to see Officer Kim Potter “be held responsible for everything she took away from us.”

The mother also said she appreciated the support of the demonstrators but wanted the protests to be peaceful.

Family attorney Ben Crump said Potter was a training officer. “So it’s not about education, it’s about implicit bias.”

“It’s about giving people of color the same respect and consideration that we show white American citizens,” said Crump.

Katie Wright described her son as her baby who had a “smile that would light up the room”.

“My son was an amazing, loving child. He had a big heart. He loved basketball. He had a 2 year old son who can’t play basketball with him, ”she said.