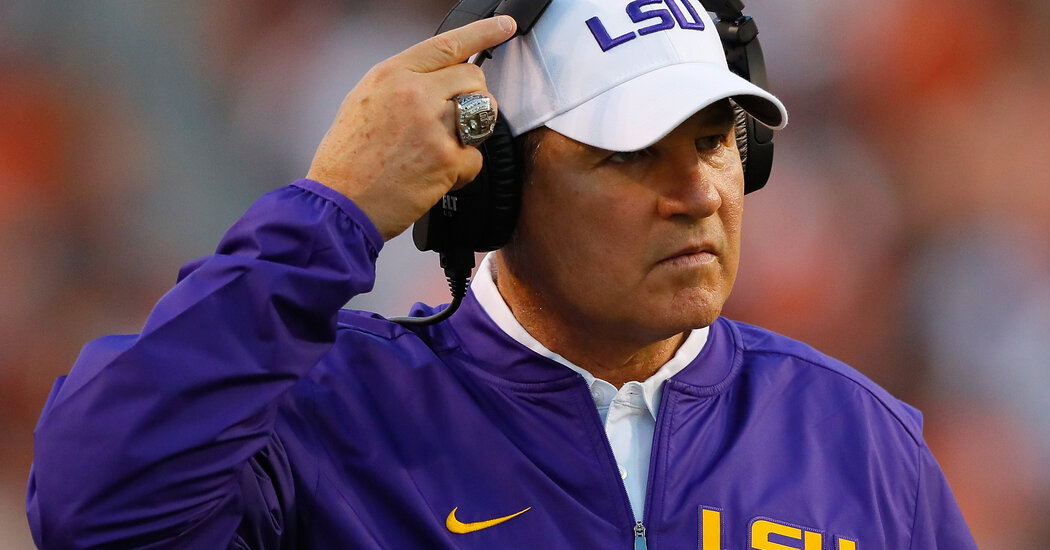 “Coach Miles learned an unfortunate lesson eight years ago: his inherently open and trusting manner exposes him to false claims from people who have different agendas,” said Peter Ginsberg, Miles’ attorney, after the investigation was published of 2013. He declined to comment on Friday’s report.

Kansas, which hired Miles in 2018, said Friday night that it put Miles on administrative leave while doing what its sporting director said, “a full review to determine appropriate next steps.”

“Although the allegations against him were made at LSU, we are taking this matter very seriously at KU,” said Sporting Director Jeff Long in a statement that stated that Kansas only received both reports this week.

Though portions of the 2013 report were redacted, the authors did not believe the LSU had any reason to fire Miles even though internal support for him waned. In April 2013, Joe Alleva, who was then sports director, wrote to the LSU Chancellor that Miles’ continued employment must be seriously considered. He later wrote that he believed LSU had reason to fire Miles.

LSU ultimately prevented Miles from hiring student athletics staff for “personal work” such as babysitting. He was also instructed to avoid face-to-face communication with student staff in athletics.

The university also ordered Miles to pay at least eight hours of training with an employment lawyer.

Schneider indicated that he saw the Miles case as another example of how often LSU worked.

“The question is whether the university has responded to this report against a powerful member of the university and the athletics department in a manner that is consistent with the then existing legal guidelines, recognized best practices and institutional policies,” he wrote. “The answer is no. ‘”