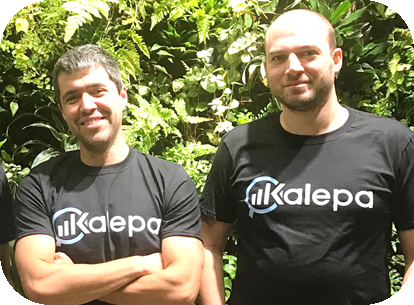 Kalepa, a New York-based insurance platform, has raised a $ 14 million Series A financing round led by Inspired Capital with the participation of former investor IA Ventures. Gokul Rajaram from Doordash, Coinbase and formerly from Google, Jackie Reses, formerly from Square, and Henry Ward from Carta also took part.

The startup founded by Paul Monasterio and Daniel Hillman was launched in 2018 and is aimed at commercial insurance companies.

Co-Founder and CEO Paul Monasterio said, “InsureTech has come a long way in the last decade, but commercial insurances that support hard-working business owners and protect their most important assets have been left behind. We use billions of data points and gain critical insights to provide companies and insurers with a single version of the truth. “

Kalepa says its copilot software automatically learns what the best underwriters are doing, which enables an underwriter to make a more accurate underwriting decision as quickly as possible, rather than simply aggregating a lot of data for them. It competes both with the old MGAs (e.g. RT Specialty, AmWins) and with new entrants such as Pathpoint in the E&S market.

Penny Pritzker, Co-Founder of Inspired Capital and former Secretary of Commerce, said, “Commercial insurance represents a $ 1 tonne industry worldwide, helping 30 million US businesses. Kalepa has brought some of the brightest minds in risk into this segment of the insurance market. “