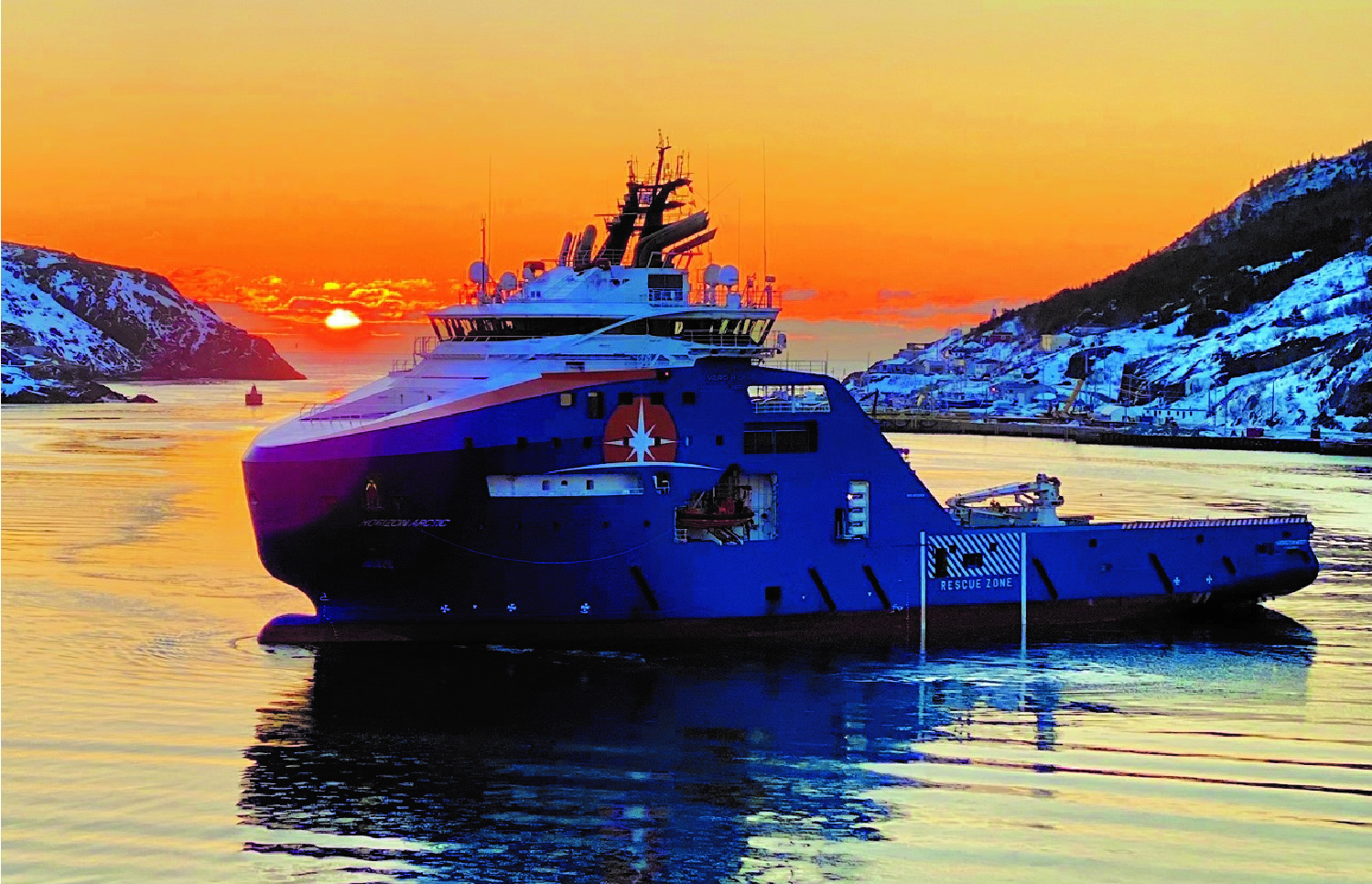 OceanGate Expeditions will use the offshore support vessel Horizon Arctic on expeditions to the Titanic. (OceanGate photo)

OceanGate Expeditions, based in Everett, Washington, has taken another giant step by selecting the expedition’s auxiliary ship to send their submersible to the world’s most famous shipwreck.

The Canadian-owned 93.6 meter long Horizon Arctic will serve as the base for the deployment of the Titan submersible to the Titanic wreck site in the North Atlantic from June.

“For this expedition, we selected a superior ship in one of the harshest marine environments in the world, with outstanding features such as low-emission hybrid propulsion, full redundancies and the highest standard of accommodation for our crew and mission specialists,” said Stockton Rush, the President of OceanGate Expeditions today in a press release.

“Our focus has been on identifying a ship and crew uniquely qualified to perform deep-sea operations with safety first,” said Rush. “We found that in the crew of the Horizon Arctic.”

“While we have supported many complex underwater operations over the years, it is an exceptional honor to assist the team on these dives to the legendary resting place of the Titanic,” said Leet.

During a series of dives, OceanGate’s Titan submersible will carry a number of crews of five. Each crew includes a pilot and an on-board expert, plus mission specialists who pay to be part of the mission. The OceanGate team consists of Titanic dive expert Rory Golden and former NASA astronaut Scott Parazynski.

This summer’s six expeditions are set to begin a multi-year effort to monitor the condition of the wreck of the Titanic, which hit an iceberg on its first voyage in 1912 and sank to a depth of 3,800 meters. More than 1,500 passengers and crews died in the disaster that has inspired countless books and films.

In 2019, the Caladan Oceanic exploration team took a submersible to the Titanic site and reported that the shipwreck appeared to be deteriorating rapidly. The OceanGate team expects to document the progress of the decay over several years with state-of-the-art cameras and sensors.

Mission specialists can sign up through the OceanGate website to be considered for future expeditions. The cost to attend is $ 125,000.