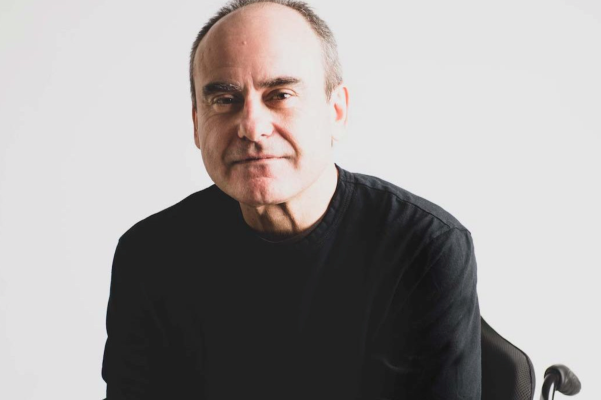 John Ruffolo is not as famous as some investors, but he is well known in Canadian business circles. Arthur Andersen’s longtime head of technology, media and telecommunications practice joined OMERS about a decade ago when a former colleague became CEO and brought him on board the pension giant to start a venture fund.

The idea was to support the most promising Canadian companies and Ruffolo led the unit through investments such as social media management Hootsuite, the recently acquired storytelling platform Wattpad and the e-commerce platform Shopify, among others. The latter was particularly telling as OMERS owned roughly 6% of the company, which took part in an IPO in 2015 that was valued at roughly $ 1.3 billion at the time. Unfortunately, due to the rules of the Pension Fund, it also began to steadily sell the entire stake even as Shopify’s value rose. (Market capitalization is currently $ 130 billion.)

After helping OMERS launch a growth stock unit, a nervous Ruffolo left the company to launch his own fund. Then came COVID, and as if the pandemic hadn’t tried enough, Ruffolo experienced a harrowing ordeal last September. An avid cyclist, he set out on a country lane to ride 60 miles on a sunny morning and was struck far from his bike by a Mack truck in an accident that shattered most of his bones and left him waist-down encountered.

This type of one-two punch could marginalize someone. Instead, Ruffolo undergoes training and therapy six months and several operations later and intends to ride a bike again one day. He’s also very fit for work again and is just starting his new Toronto-based company, Maverix Private Equity, which is investing $ 500 million in “traditional companies” that already have at least $ 100 million in revenue and technology start for growth but could need an external investor for the first time to really step on the gas.

We spoke to Ruffolo this morning about the accident and his new fund. You can hear this conversation here (it starts around the seven minute mark and is well worth listening to). In the meantime, excerpts from this interview follow, the length of which has been slightly edited.

TC: You are surely fed up with answering the question, but how are you?

JR: Well, if someone says it’s great to be alive, it is. It wasn’t until eight days after the accident that I actually knew how close I was to death, to be honest. When I asked for my phone to see what was going on in the world, thousands of messages came through. And I ask, “What the hell?”

People copied various articles. I took the first one and said, “John has suffered a life-threatening injury.” And I think, ‘Life threatening? Why do you say that? And the doctors came in and said, “Because it was like that. We thought you would die in the first 48 hours. ‘Then I spoke to some of the best doctors [in Canada]and they don’t understand why I didn’t die on impact. That scared me a little, but I’m so happy to be alive. And my recovery is well ahead of schedule. It was only within a few weeks that I felt my legs again.

TC: You were basically pulverized, but a recent article on your recovery in The Globe & Mail states that within a month you were thinking about your new fund again. Do you think it could be you . . a workhorse?

JR: Some people call it stupid. [Laughs.] During the two months my first memory was worried about my family and all [but] I have a group of cycling friends – we are called Les Domestiques – who are dedicated to cycling, and a lot of people are investors, CEOs of major banks in Canada, we are all close friends, [and] They all came to cocoon the family to make sure nothing went wrong.

So fast, all these people are taking over every element of the family, and the kids were fine, everyone was fine. I then had a lot of time in the hospital and I get nervous and I started making the calls to the investors who had chosen this fund before COVID. . . I just really wanted to tell them, “Hey, I’m not dead. All of my faculties are here. Will you still be there when I get out of the hospital? ‘

TC: Because they really invest in you and your track record.

JR: That’s exactly right. And I have to tell you, it’s an interesting comparison. I had American and Canadian investors. American investors are very transactional. They come in very quickly when they see a great value proposition. Canada is not the same. I’m very well known as an investor in Canada and it’s actually relational there, which is both good and bad. Difficult in Canada because they are more conservative but stick with you in bad times. In my case, every single investor, everyone who committed to pre-COVID came in. Then one doubled the size of the investment. They just felt bad for me and I said, “Hey, dude, I’m going to take this sympathy card. At any time.’

TC: You also see a real market for a Canada-run company to invest in Canadian companies instead of taking money from American counterparts.

JR: Now it’s a little about the thesis that is not new from the US point of view, but new from the Canadian point of view: the big companies in the USA, like an insight [Partners]like a Madison Dearborn, Bain Capital, General Atlantic, Summit – we don’t have any in Canada. We have great venture capital firms and we have great buyout private equity firms. But what really happened here is that the entrepreneurs who build great companies aren’t really tech entrepreneurs. They are just traditional industrial entrepreneurs. And really, all I do is plant a Canadian flag and say, hey, we have a Canadian company that is going to be running or heavily involved in these deals [to help you scale that business].

TC: In other words, do you differentiate between old-line industries and tech companies in the growth phase, and are you striving for the former?

JR: [To me] A true tech company is one that actually creates the toolsets other companies use to make them bigger, faster, and stronger. I’ve invested in these companies for 10 years with great success, but there is a massive oversupply of capital in these areas, especially in the SaaS software space. It just doesn’t make mathematical sense when it comes to a lot of these ratings. When it comes to financial services, health care, travel, etc. these aren’t tech entrepreneurs, but they are enlightened. We’re not bringing technology into business, they already have it. In one case, with a travel company that we’re looking at, they want someone who understands the travel space and also understands the technology and the implications of scaling up globally.

The profile of the companies I am talking about have, on average, a return on sales of $ 100 million [growth]with flat EBITDA, and that was not done by any external financing with institutes. They’re growing 20% ​​to 50% annually, but they really want to be the next billion dollar company.

TC: How many of these companies do you think you can own and for which size checks?

TC: Despite Shopify, there aren’t a lot of massive companies in Canada. How do you get the companies you want to work with to think differently?

JR: Canadians may be a bit more conservative, but the irony is, you take a poll and [you’ll see] How many Canadians have big companies in the US or in the valley? It’s not inherent in Canadians [that they are risk averse].

One reason I chose venture capital was because I was so frustrated with the number of companies that were building products but couldn’t even generate income. I think we’ve since solved the $ 0-10 million problem in Canada, then the $ 10-100 million problem [challenge]. But by about 2016, I started seeing $ 50 million, $ 60 million, and $ 70 million companies starting to plateau, and the problem was global scalability.

In the US, so many companies can be a domestic company and a billion dollar company. Our market in Canada is too small; You are being forced to sell worldwide and many Canadian companies are struggling with that. My focus now is on the last part of the piece. How do we move these companies from companies with sales in excess of $ 100 million to over $ 1 billion?