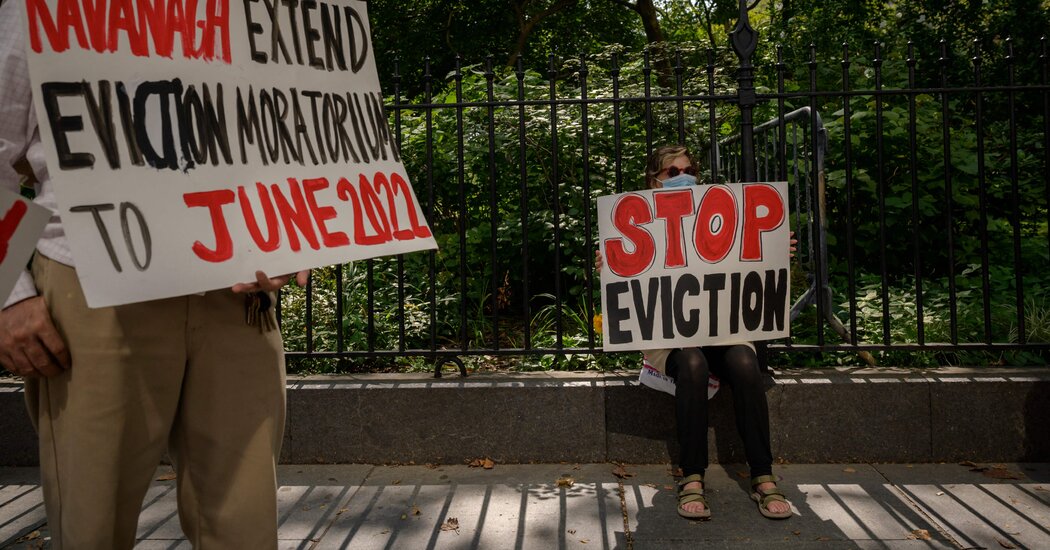 That law, the challengers wrote, covered quarantines and inspections to stop the spread of disease, and did not give the agency “full authority to take whatever action is possible to stop the spread of communicable diseases – be it eviction moratoriums, worship restrictions, Nationwide lockdowns, school closings or vaccination requirements. “

The CDC responded that the moratorium was approved by the 1944 law. Evictions would accelerate the spread of the coronavirus, the agency said by forcing people “often to move to new shared apartments with friends or family in confined spaces or to gather in facilities such as homeless shelters”.

The moratorium, the administration informed the judges, was largely similar to the quarantine. “It would be strange to claim that the government can fight infection by forbidding tenants from leaving their homes,” says the brief, “but not by prohibiting the landlord from throwing them out.”

The case was complicated by a move by Congress in December when lawmakers took a mediocre measure to temporarily extend the CDC’s moratorium until the end of January. When Congress took no further action, the agency again imposed moratoria under the 1944 law.

In its letter to the Supreme Court, the government argued that it was significant that Congress had accepted, if only briefly, the agency’s actions.

The central legal question in this case was whether the agency was entitled to act itself. In June, when the previous moratorium was about to expire, the court voted 5 to 4 in favor of the government and left this measure in place.

But this win was clearly provisional. Judge Kavanaugh, who had voted by a majority, wrote that he had cast his vote hesitantly, taking into account the impending expiry of the previous moratorium.