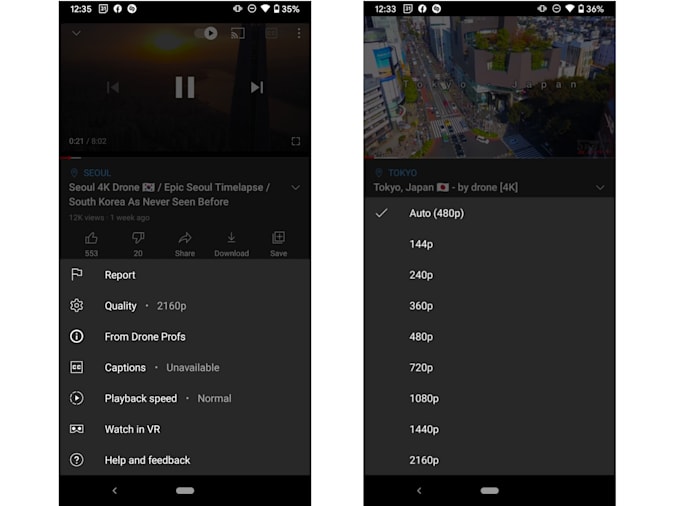 If you own a Sony Xperia 1 ii, now is the time for your phone to shine. In an update discovered by Android Police, YouTube now supports 4K HDR playback on Android devices and brings the app in line with its iOS counterpart.

There aren’t many Android phones with 4K displays out there. Basically, the list begins and ends at Sony. Assuming the video you are watching has been uploaded in 4K and HDR, you can increase the quality to 2160p even if your phone’s screen doesn’t support the resolution. So if you want to use up your mobile bandwidth, we won’t stop you. In any case, you can adjust the playback quality by starting a video and then tapping the three-dot icons at the top of the interface. When the pop-up menu appears on your screen, tap Quality and select the option you want.