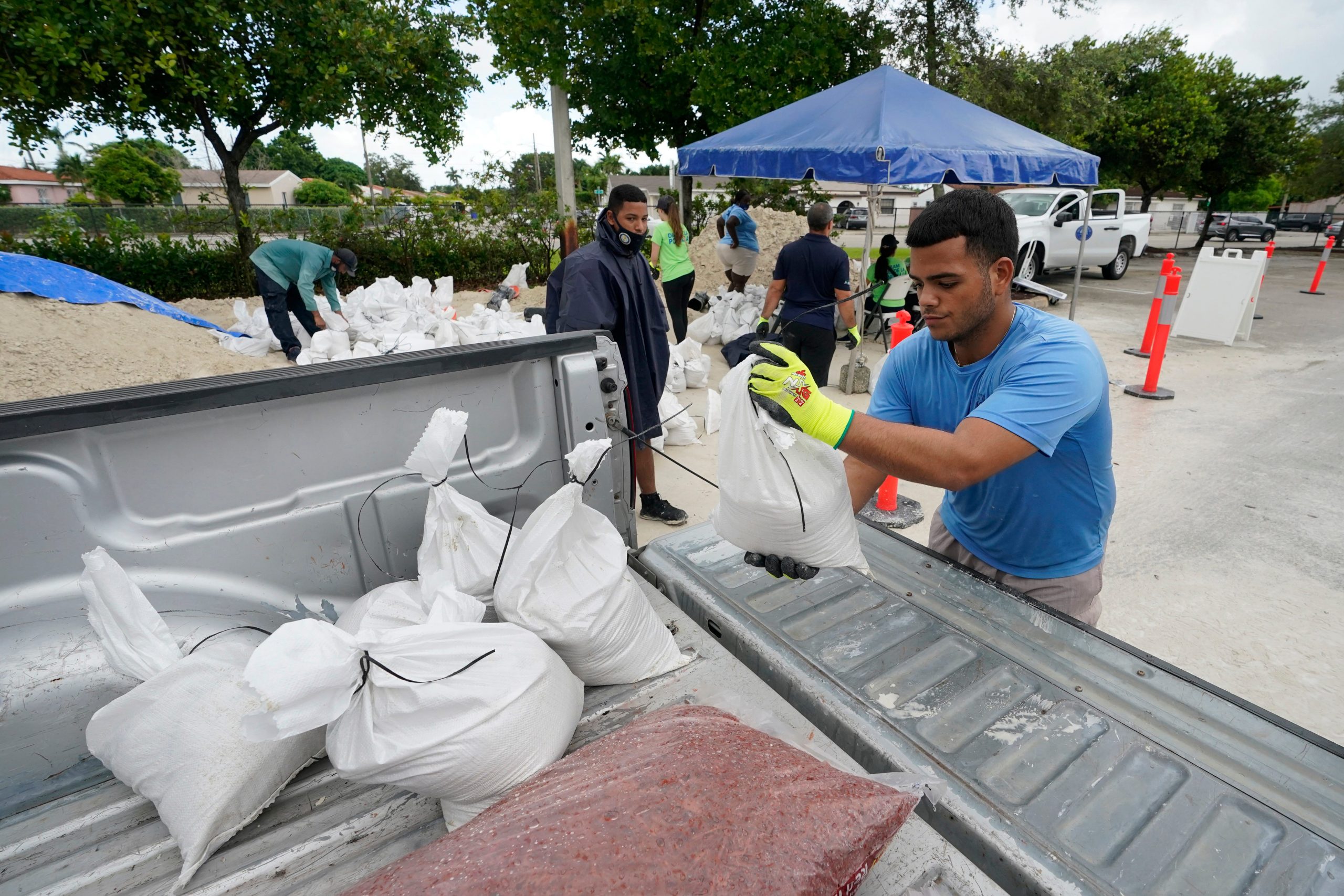 Most of the Florida Panhandle was issued a tropical storm warning on Sunday as the remains of Fred targeted the coast and tropical storm Grace threatened to follow suit later in the week.

Fred, who regained tropical storm status early Sunday, could blow up parts of the panhandle with up to a foot of rain and possibly tornadoes on Monday and Tuesday, the National Weather Service said. And Grace could be worse.

“Evidence suggests that Grace is being tracked a little further north compared to Fred, so places like the US … could take greater impact compared to Fred,” warned AccuWeather senior meteorologist Adam Douty.

Fred was centered 335 miles south-southeast of Pensacola early Sunday, blowing sustained winds of nearly 40 mph and rolling toward the coast at about 12 mph. The storm stretched for more than 100 kilometers.

On the forecast route, the system was expected to cross the Gulf of Mexico on Monday afternoon or Monday evening and hit land in the western Florida Panhandle, the weather service said.

A storm surge warning was issued for parts of the panhandle. Jack Beven, a senior hurricane specialist, urged residents to immediately follow evacuation and other instructions from local authorities.

“This is a life-threatening situation,” said Beven. “Take whatever measures are necessary to protect life and property from rising water and the potential for other dangerous conditions.”

Governor Ron DeSantis has declared a state of emergency in 23 of Florida’s 67 boroughs. Alabama Governor Kay Ivey said authorities in her state would also monitor the storm and encouraged residents to be “weather aware”.

“Fred’s current planned route includes Alabama,” she said. “We are keeping an eye on this storm as the forecast develops and will be ready to act at the country level if necessary.”

F.Lorida could face two storm landings in a matter of days: Fred and Grace threaten

Fred roared the Caribbean as a tropical storm earlier this week before turning into depression. It rolled across the Dominican Republic and Haiti, disrupting around 400,000 homes and businesses with electricity before Haiti was then hit by a massive earthquake.

The floods forced authorities in the Dominican Republic to shut down part of an aqueduct system, cutting off water supplies for hundreds of thousands of people. Local officials reported that hundreds of people were evacuated and some buildings were damaged.

As Fred continues his march, Tropical Storm Grace swept across the Caribbean with sustained winds of about 40 miles per hour. The storm was set to hit the U.S. Virgin Islands and Puerto Rico as well as the Dominican Republic and Haiti sometime on Monday today. Some areas could be flooded with up to 15 inches of rain, the weather service said.

“The losses are getting high”: 7.2 magnitude earthquake hits Haiti; more than 300 dead

The storm would exacerbate problems in Haiti, which is still in turmoil after the 7.2 magnitude earthquake early Saturday that destroyed the building, killed more than 700 people and sent hundreds to hospitals.

Douty said Grace could hit parts of the southeastern US with heavy rains and high winds by the end of the week if she keeps her organization.