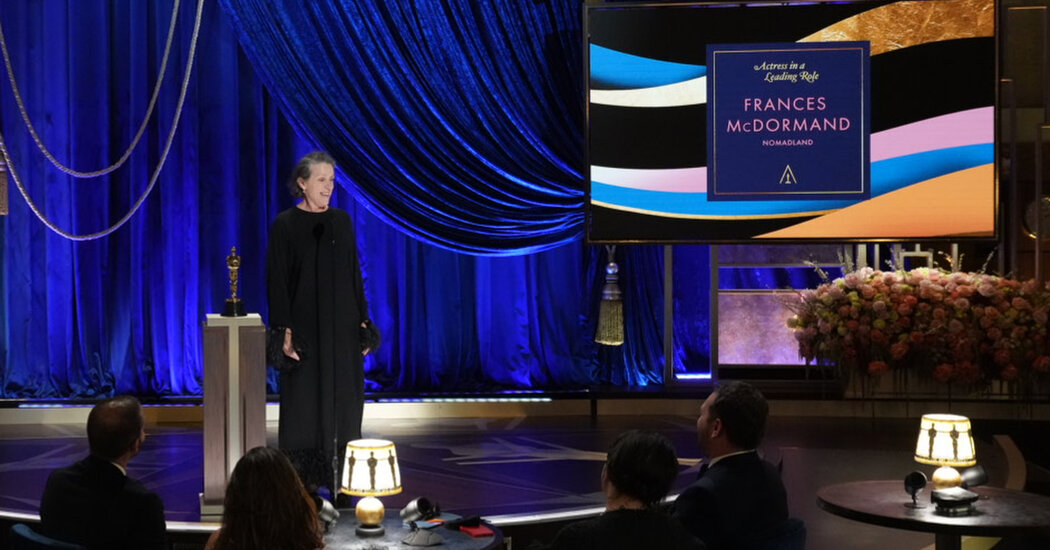 The Oscars this year looked different: the red carpet was lined and the after parties were cut.

The ceremony took place almost two months later than usual at a personal event split between the Dolby Theater in Hollywood and Union Station in downtown Los Angeles. It was an unusual build up in an unusual year with many of the films released while cinemas were largely closed due to the coronavirus pandemic.

Nevertheless, this ceremony made history. Chloé Zhao won Best Director for Nomadland and became the first woman of color to win the award and the second woman to ever win. (Kathryn Bigelow was the first for “The Hurt Locker”.) Yuh-Jung Youn was the first Korean actress to win an Acting Oscar for her supporting role in “Minari”.

Daniel Kaluuya won the Best Supporting Actor award for his portrayal of Fred Hampton in “Jude and the Black Messiah”. Frances McDormand (“Nomadland”) won an Oscar for third best actress, and Anthony Hopkins (“The Father”) won best actor against the late Chadwick Boseman, who had been heavily favored. “Nomadland” won the best picture.

“Fight for you” (“Judas and the Black Messiah”)

“One more round”, Denmark

“If something happens I love you”